It looks like Neha Bhasin and Pratik Sehajpal's over the top intimacy has began to bother the family-viewing audience a lot. There's no doubt that Neha and Pratik are pretty comfortable in each other's company. Earlier, we had witnessed how Neha was enjoying her time while Pratik was pampering her with a back massage. And now Neha was seen returning the favour to Pratik by giving him a body massage. Also Read - Indian Idol, Bigg Boss, Kaun Banega Crorepati – 5 reality shows that used fake stories, played with fans' emotions for TRPs

In a video shared by Voot, Pratik is seen lying on his stomach on the couch and Neha is seen sitting on top of him to massage his hips with her elbows. Pratik feels smug and jokes, 'Massage kahan se shuru hui thi, kahan pahunch gayi.' He then tells Neha that he was just joking and requests her to massage his glutes as well. And Neha happily obliges. Also Read - Bigg Boss OTT: Raqesh Bapat thinks Shamita Shetty is weaker than Pratik Sehajpal, You agree? Vote now

As Neha continues to massage his glutes with her elbows, Pratik starts moaning unexpectedly and says, 'Is mein badi ajeeb si feeling aa rahi hai yaar'. He continues to blush. But their intimate moments have left Bigg Boss fans irked with their behaviour in the house. Also Read - Bigg Boss OTT: Do you think Divya Agarwal overacted after she saw Neha Bhasin's underwear? Vote now

While some were of the opinion that Pratik has lost his game amid all his intimacy with Neha, some termed their actions as vulgar and deemed the show not fit for the family viewing. 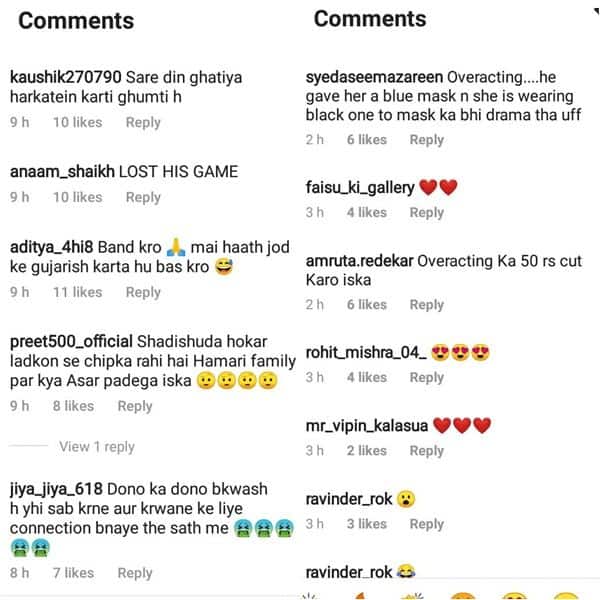 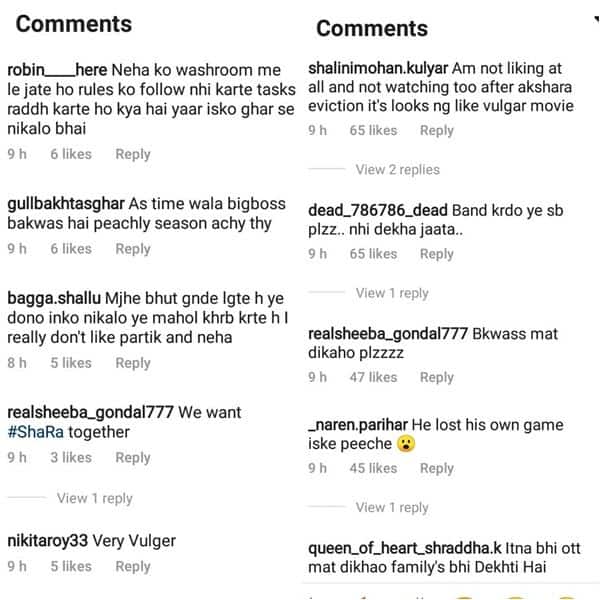 Last week, Bigg Boss announced that all connections are free now to play their individual game, as per their thoughts and strategy. Till now, the show was all about the game of connections but finally all connections in the house are dissolved and now it's time for the contestants to play solo. The buzzer to change connection has been removed from the house.