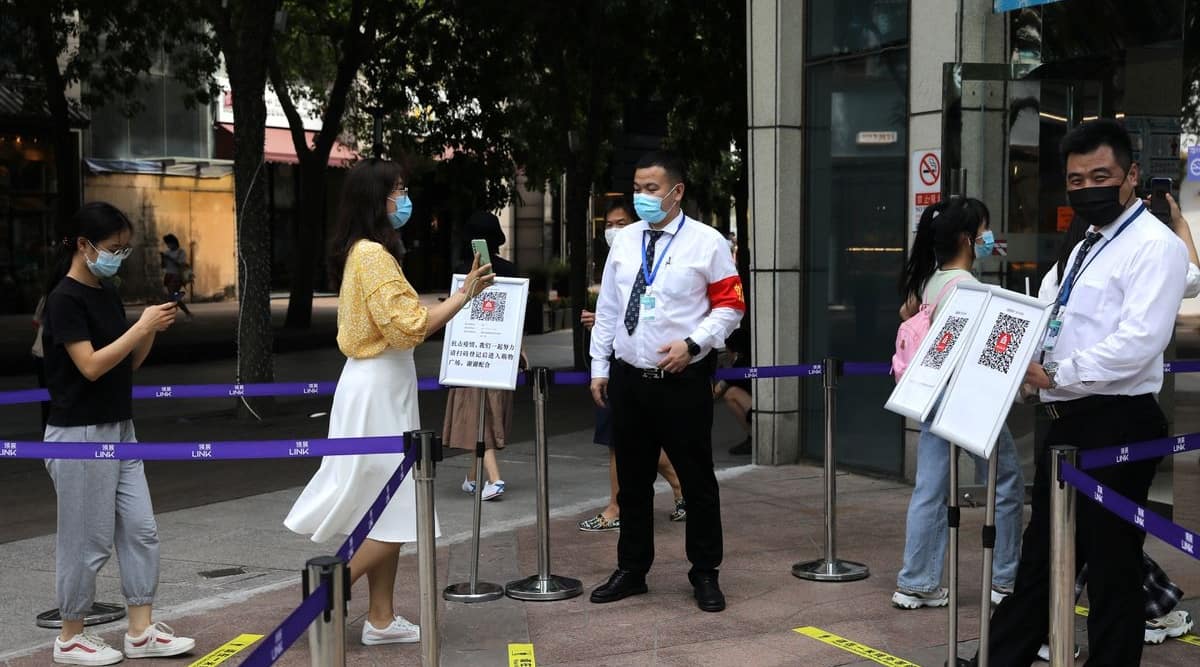 China’s latest COVID-19 outbreak is developing rapidly, a health official said, as the authorities demanded high vigilance at ports of entry amid growing infections in a northeastern border city caused by the virus arriving from abroad.

Some 377 domestically transmitted cases with confirmed symptoms were reported from Oct. 17-29, National Health Commission (NHC) data showed. China has tackled a series of outbreaks this year since it largely contained a national spread in early 2020.

The numbers remain tiny compared with clusters outside the country. However, while the rest of the world works out how to co-exist with COVID, China has maintained its zero tolerance, urging vigilance around border areas and ports to prevent infected inbound travellers spreading the virus to locals.

“Within the past 14 days, 14 provincial areas have reported new locally transmitted cases or asymptomatic carriers,” the NHC spokesperson Mi Feng said on Saturday.

“The outbreak is still developing rapidly, and the virus control situation is severe and complicated.”

Heihe, a small northeastern city of 1.3 million people that lies on China’s side of the Amur river on the border with Russia, reported 26 local cases for Oct. 29, a sharp increase from nine on Oct. 28 and just one on Oct. 27.

“The outbreak has exposed the laxity of mind among some local authorities,” Wu Liangyou, another NHC official, said.

China, especially ports of entry, should strengthen test screening of people of high infection risk and improve monitoring of potential flare-ups, as the virus is still spreading in surrounding countries, Wu told a news briefing.

Surveys and virus sequencing results showed the cluster in Heihe was unrelated to an ongoing outbreak hitting mainly the northwestern parts of China, indicating that there was a new source of virus brought from overseas, Wu said.

Many local infections found in the north and northwest parts of China since Oct. 17 could be traced back to a source of virus brought in from overseas, the NHC said last week.

China’s border towns, many with relatively few resources, have tended to suffer more severe disruptions than richer cities amid the outbreaks.

The small southwestern city of Ruili bordering Myanmar has seen its once robust jewellery trade business, a pillar of its modest economy, dampened by some of the toughest virus measures in China due to repeated outbreaks.

In major cities, officials have vowed strict virus curbs for key international events to minimise the risk of imported virus.

To safely host the Winter Olympics Games in February, Chinese athletes and staff supporting the event must receive a vaccine booster shot, while boosters are recommended for foreign athletes but not compulsory, according to a state television report.

China is aiming to complete vaccinating children aged three to 11 by the end of December, excluding those with medical conditions that may render a COVID-19 shot harmful, Wu said.

It has already fully vaccinated about 75.8% of its 1.4 billion population, and is giving eligible adults a booster shot.