Jennifer Aniston had an awkward moment during an interview for BBC’s ’The One Show,’ and viewers are torn if it’s cringe or not. 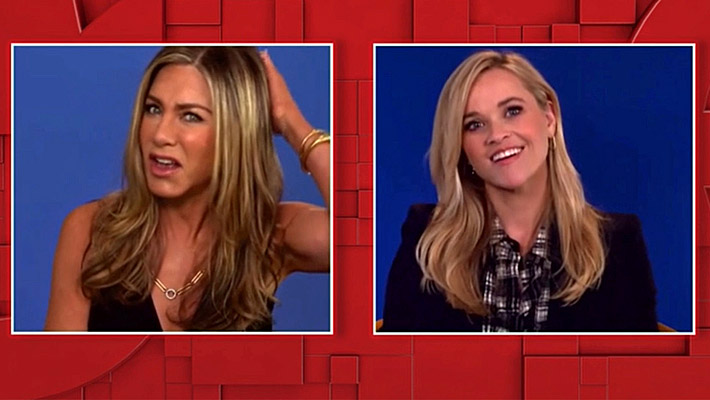 In an almost on-brand moment considering she was promoting The Morning Show Season 2, Jennifer Aniston left BBC viewers scratching their heads after an awkward exchange with The One Show host Jermaine Jenas. While appearing alongside her Morning Show co-star Reese Witherspoon, Aniston was seemingly cut off by Jenas, and her reaction has people divided over who was in the wrong.

It all happened as Aniston described experiencing the intense early morning grind that talk show hosts go through … only to have Jenas abruptly toss a question at Witherspoon who took the whole thing in stride. Via The New York Post:

“Reese, I’ve got to be honest with you, Jennifer’s pretty much sold it to me that she’s not a morning person,” he said, at which Aniston appeared stunned.

“Did I sell that to you?’” Aniston uncomfortably asked, to which Jenas responded, “A little bit, a little bit.”

“Did I get a good deal?” the actress snapped back.

Jenas, a former English soccer player, then laughed awkwardly and tried to move forward with his conversation with Witherspoon, abruptly saying, “So, what about you, Reese?”

After the back-and-forth between Jenas and Aniston went viral, BBC viewers were split over whether Jenas was rude or Aniston overreacted.

#JenniferAniston wasn’t awkward at all. She was obviously joking with him. Maybe he was the one being awkward and rude by cutting her off. #theoneshow pic.twitter.com/06abZk0Dt4

I really like Jennifer Aniston but was there really any need for her to be like that with Jermaine Jenas as he was only having a joke with her.

#TheOneShow sorry but I don't think #JenniferAniston was rude at all and it's rude to cut someone off when they're talking, people need to chill

Did anyone else catch Jennifer Anniston’s negative reaction to the male presenter regarding the morning person bit? Awkward 😕 #theoneshow

Without picking a side here, Jenas did cut her off, but it also seemed like Aniston was rolling with the punches and delivering some friendly jabs that wouldn’t be out of place on The Morning Show. It’s almost like the whole blue and gold dress debate, but without the deep emotional scars that will haunt an entire generation.

What Ever Happened to Tyra Banks? Former AGT Host and Now DWTS Host!