“And I love you more than my life.' 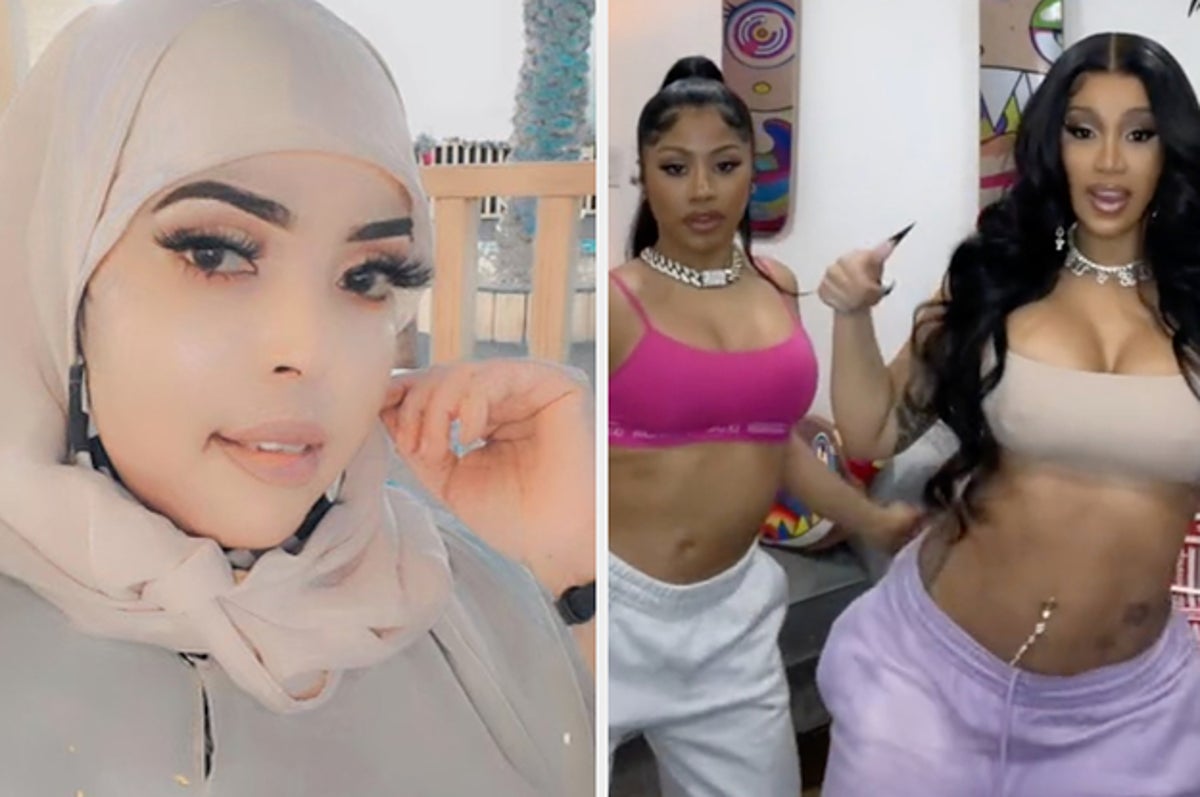 In the last month, millions of people on TikTok fell in love with a song usually played at Somali weddings, popularizing the track so much it landed artist Nimco Happy a distribution deal.

The song is called “Isii Nafta,” which means “give me life,” but it is more widely known by its catchy lyrics “I love you more than my life.”

Speaking exclusively to BuzzFeed News from Mogadishu, Nimco said she found out two and a half weeks ago that her song had gone viral after she was tracked down by Polydor Records, a subsidiary of Universal.

“Wallahi, I felt happy, elated,” she said. “I can't describe it in words, but I felt overjoyed. I felt like the world had finally recognized me. That I'm known internationally.”

Cardi B posted a video of herself and her sister dancing to it on Thursday, Drake commented “this song so hard” on a meme page, and Bella Hadid reposted a video of Nimco performing, surrounded by smiling dancing police officers.

“I am so happy to be here and have gotten so far,” Nimco said. “That I can be here with a Somali name, with my Somalinimo.”

This isn’t the first time the five-year-old song has gone viral. Two years ago, it became a hit with people in East Africa, thanks to its hook where Nimco sings “I love you” in four languages: Somali, English, Arabic, and Swahili.

That led to a meme where people say they can say “I love you” in multiple languages.

Nimco said she can confidently speak Somali and Swahili well, and can speak only a little bit of English and Arabic.

In recent weeks, Nimco has been watching and keeping up with all the TikTok trends that use her song and said she cannot choose a favorite. “I can't pick one. I want to say thank you. I want to thank all of them,” she said.

The happy nature of “Isii Nafta” has united people across the globe, with the song being played at parties, and celebrities like Trever Noah joining in on the fun.

One TikToker created a satirical video, singing the tune as if it were an indie ballad.

“Somalis are just main characters,” Iman said. “We are such a supportive ethnic group of people. We constantly hype each other up, so we were obsessed with the song, and our energy is infectious so other people became obsessed too.”

Growing up, Nimco used to listen to mainly Somali women, such as Khadra Daahir, Sahra Axmed, and Saynab Cige, she said. She first got into music as a child playing guitar and always wanted to perform but waited until she was married with children. Now she sometimes performs with her musician husband.

In 2015, she began her music career, posting songs on YouTube and performing locally.

The now-viral video of her performance was recorded in June 2017, when she performed for a show being broadcast for Eid on Kenya-based Somali channel RTV. She said she’s now performed the song on almost all Somali TV channels in the years since.

After it recently gained traction on TikTok, people have mainly been streaming the song on YouTube and via unauthorized uploads on Spotify. Collectively those uploads have received more than 500,000 listens, none of which will count toward Nimco’s official streaming numbers.

The official version of “Isii Nafta” was made available on streaming platforms this week, after Nimco signed with Polydor. BuzzFeed News understands that her team is working on removing the unauthorized uploads.

Now Nimco said since the hit went viral, she can’t go out without being recognized, so she makes sure to always have a face covering on that leaves her unidentifiable.

“Wallahi, my phone doesn't rest,” she said. She said people call her simply to congratulate her or to let her know there are different companies looking to get in touch with her. “People are sharing their happiness for me, with me,” she said.

When asked what was next for her, Nimco said she is taking everything step-by-step. “You’re somewhere else every day,” she said. “I want to go further in my career, do more performances. Move forward, work hard.”

And she had a message for her supporters, whose success she said she is praying for: “One love.”