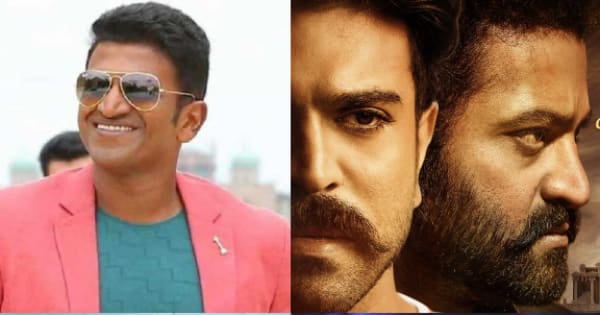 It's time to walk you through the South Newsmakers of the day. Yesterday, the film fraternity lost one of the kindest and humblest actors, Puneeth Rajkumar. The actor suffered a heart attack after being hospitalised as a result of chest pain. He was just 46. Let's check out the newsmakers of the day here: Also Read - Trending South news today: Samantha Ruth Prabhu's advice post divorce with Naga Chaitanya, Chiranjeevi and Keerthy Suresh's Bholaa Shankar to have a mega launch and more

A couple of days ago, when Chiranjeevi starrer Bhola Shankar was announced, Puneet had called the director Meher Ramesh and congratulated him for the same. And after his tragic demise of the Yuvarathnaa actor, Ramesh revealed his last wish, "After Bhola Shankar was announced, Puneeth called me and congratulated. He then asked me to provide him at least a small role or even give the opposite to feature alongside Chiranjeevi in a dance bit in the film." Meher Ramesh and Puneeth worked together in Veera Kannadiga. It seems starring opposite Chiranjeevi in a film was one of his last wishes. Alas, it won't come true. His mortal remains are kept at Kanteerava Stadium. Several celebrities reached to offer condolences to the late actor. Also Read - Bholaa Shankar: Thala Ajith's Vedalam Telugu remake featuring Chiranjeevi and Keerthy Suresh to have a mega launch on THIS auspicious day

A couple of days ago, it was reported that superstar Rajinikanth had been hospitalised at the Kauvery Hospitals in Chennai for a routine check-up. However, after the check-up, the actor was advised by the doctors to undergo Carotid Artery revascularization, a process to remove plaque from the carotid artery in order to restore normal blood flow to the brain. The Annaatthe actor's surgery was reportedly performed earlier today. Also Read - Kajal Aggarwal and Gautam Kitchlu share pics of their 'first child' and its too cute for words

Mass Maharaja's next to be announced soon

Ravi Teja who delivered a stunning hit with Krack this year is coming up with his 70th film. The actor is said to have signed a film currently called, #RT70, bankrolled by Abhishek Pictures. The film's announcement and other deets are expected to come out tomorrow at 10:08 AM. He already has Khiladi, Ramarao on Duty and Dhamaka in the pipeline.

RRR special teaser and SS Rajamouli's deets on the film

NTR Jr, Ram Charan, Alia Bhatt, Ajay Devgn starrer RRR is one of the most-anticipated multilingual films. It is scheduled for an early January release. The films' special teaser will be released at 11 AM on 1st November, Monday. Furthermore, the director, SS Rajamouli shared interesting and important deets regarding the film. He was asked whether RRR will have a sequel just like Baahubali. The filmmaker categorically denied saying that he would have penned the script in that way if the story demanded a sequel. "I only pen sequels if the script demands. I don’t do it just for the sake of fitting into it or raking in moolah. RRR is a single story and everything will take place in one film. So it doesn’t make any sense to have an RRR sequel," Rajamouli said, reported Mirchi9.com.

Samantha in talks for Dasara

Samantha Ruth Prabhu who is gearing up for Shaakuntalam and is on a signing spree after her divorce with Naga Chaitanya is reportedly in talks for Nani and Keerthy Suresh starrer Dasara. Buzz is that Samantha is in talks with the makers of Dasara for a cameo. Meanwhile, the actress is currently holidaying in Dubai.